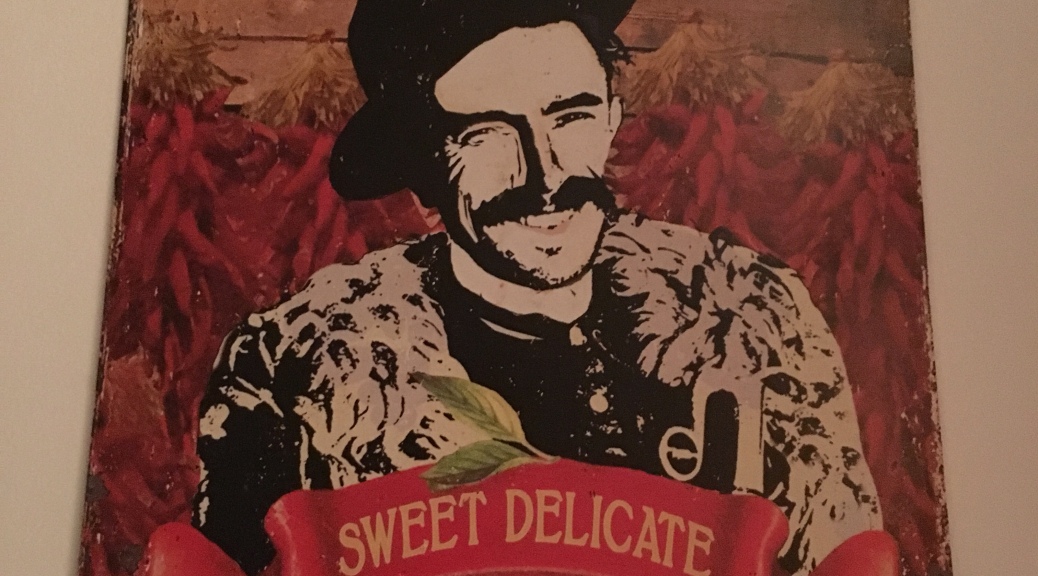 I had a moment yesterday in Budapest…a food moment. And I’ll never forget the feeling.

I couldn’t tell you the last time I’ve ever been quite as floored by something I ate, where the flavors of a region and the world’s passion for food all just made so much sense.

It was our last night in Budapest and Teagan and I went to a spot called Cafe Kör on the recommendation of The Cipher Podcast Producer Josh Kross. “If you don’t eat at Cafe Kör in Budapest you’re doing it wrong,” he commented on a FB post. “Ok buddy,” I thought…”Let’s see what you got.” We walked by Kör in the afternoon to peek in and it seemed traditional, if not touristy – just around the corner from St. Stephen’s Basilica – but too nice for the quick lunch we were shooting for in the moment and planned to come by at night.

We came back at around 9:30pm, after a rejuvenating end of the day at the Rudas Baths. We ordered a bottle of Cuvee from Eger. It was dry and tart, typical of the area just outside of Budpest and the way I like it. We ordered salmon carpaccio as an appetizer, that covered the plate to the edges. It was excellent and substantial. The waiter, sensing that I wanted something traditional, was pushing me towards the beef tenderloin goulash as my main.

Here’s the thing though: I know it’s Hungary’s most famous dish, but whenever folks talk about goulash, I’ve never felt very excited about it. Stew with vegetables, seasoned with paprika and other spices? It’s always sounded so…pedestrian.

I’d had an outdoor market’s goulash the day before, but it was served in a fresh bread wrap and it was chicken-based. I dug it, but it was as memorable for the heavy metal music blasting from the stand I bought it from as it was for bold flavors that lingered on my breath for the next couple hours. In short, pedestrian.

Grudgingly, I ordered the Goulash at Kör and questioned that it was served with potato croquettes rather than noodles. But when the food arrived and I started eating, something amazing happened…

As I got into my second and third bites, I started to notice the temperature of the beef. It was hot when it first touched my tongue and my instinct was to back the fork away and blow on my food to cool it off. But then I realized that the heat quickly quelled and that this was in fact perfectly hot. (Hot food?! What a concept! It’s crazy to consider what a lost art this is at many restaurants.) I found confidence in knowing that even though the first touch was hot, it would never be too hot. Again, it was perfect.

And I got to dwelling on the optimal temperature that lasted nearly through the whole meal. I marvelled at how difficult this must be to maintain in a dish that while essentially braised for hours, was spread on the plate, in optimal fashion for cooling. And how did the beef attain such a pleasant chew within this process??

Then I thought about the spices, the sauce and the over-arching confluence of flavors that was before me. Cubes of beef simmered in a brown sauce of onions and peppers, seasoned with paprika and other spices, with the soft and crispy croquettes on the side. My amazement for how perfectly cooked this dish was, then was overcome by how distinctly it tasted and I began to realize that perhaps this is why goulash is so globally ubiquitious whenever the topic of Hungarian food comes up.

So I just kept eating, and sipping my wine and the intensity of the experience kept building. My brain was slowly unfolding into a complete understanding of everything contained within this dish…how the croquettes soaked up the thick stewy sauce, how tender the beef was, the balance that the paprika and the braised vegetables operated within and how it was STILL hot!

It was fairly powerful and I got emotional. My eyes got watery at the thought of this incredible experience as it was happening. I thought about the formative moment Anthony Bourdain describes in Kitchen Confidential, when an old fisherman in the South of France fed him an oyster right out of the water when he was a boy and how a light bulb went off in his nascent culinary mind (these days, I take Bourdain’s work with a grain of salt, but there’s no denying the impact of Kitchen Confidential.) This felt like my culinary moment of the same kind.

My loving partner smiled and laughed as she watched me go through the motions I just described above and it was just a spectacular affair. It felt good to be this affected by food and it re-ignited a passion inside of me. I want to replicate that moment again – badly – and it’s only been 14 hours since it happened.

But this is why I travel. To experience how people live around the globe…And from the standpoint of food, to step outside of my delightfully rote Whole Foods, Mexican food and sushi intake. And now on a train to Prague, I’m inspired. Three days into this trip and I’m in love with the world again. Oh how I’ve missed it.

The Avalanches – Since I Left You