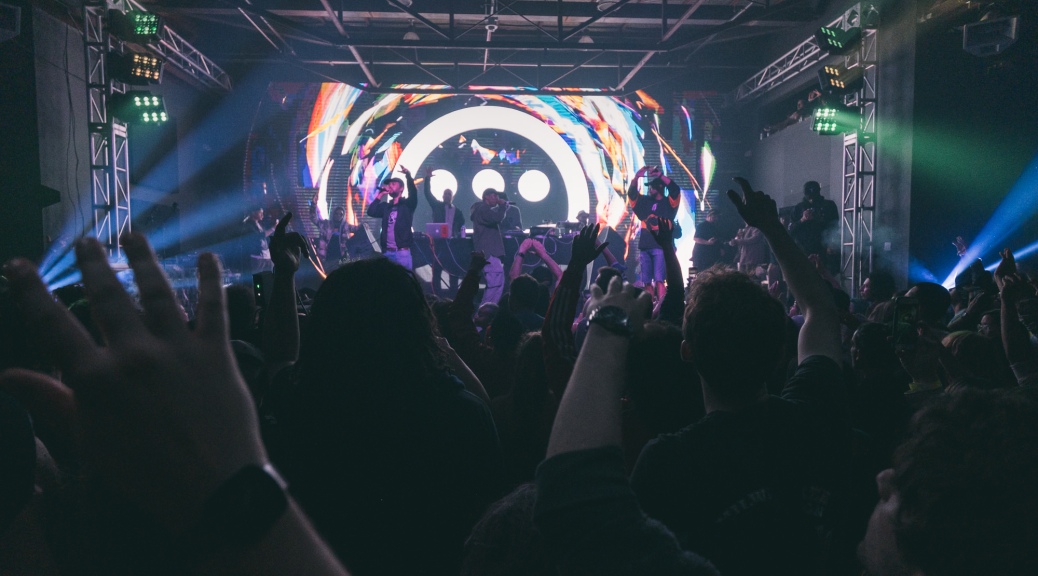 All photos by Ché Holts.

This was a long time coming. Sure, the Hiero Day festival graces Oakland every Labor Day weekend, but Saturday night’s Hiero After Dark party at The Midway in SF represented a far more ambitious event for the Hieroglyphics crew. It was so crucial for the culture and nothing short of a triumph.

We can’t deny the influence that Hiero has on Bay Area hip hop culture. Their legacy is timeless. But building on that legacy by propping up other artists in the Bay and mainstream nightlife culture, is what Hiero After Dark did best. The Midway was an apt massive space for the 2,000+ goers and felt like a hip hop funhouse.

“Tonight was about connecting the new era…” Hieroglyphics’ Pep Love told us. “…connecting the artists with the new wave doing business: venues, promoters, people who curate events… Community and culture is what packs the house and that’s what Hiero does best.”

There was Del at the helm of the Hiero crew making a return to the stage for the first time since his horrifying accident in Denmark. There were well-placed headlining sets from Doja Cat and Earthgang, both totally delivering. There was Bay Area hip hop royalty in Zion I and Andre Nickatina. There was rapper A-1 in the venue’s smaller stage with the best display of energy of the night. And then risers like Caleborate, SOL Development, Frak & Kaly Jay, Mikos Da Gawd and even producer Taylor McFerrin — all proven commodities within their own subcultural pockets — fulfilling the vision of an incredible, well-executed event.

Re-live some of the evening with a special gallery of portraits and photos of the event, by our friend Ché Holts of The Beautiful Sounds.