Despite what some people might lead you to believe, 2016 was NOT a “shitty year” for Bay Area Music. On the contrary, it was a brilliant one, that showcased a slew of talented artists who are finding ways to make music that pushes boundaries and doesn’t sound like it came from anywhere else in the country, besides the Bay.

The Bay Area music community came together  —again and again —in the wake of the tragic Oakland Ghost Ship fire that claimed 36 lives, to show support for each other regardless of what clique or subregion of the Bay they were from. Benefit shows for victims of the Ghost Ship Fire continue to be held (I recommend this upcoming show) and it’s a sign of this community’s unwavering support and care for each other and our art.  At the start of the APE/Noise Pop/Paradigm Ghost Ship benefit show at the Fox Theater, Geographer’s Mike Deni, who has seemingly been laying low, said it best: “There’s a reason I haven’t moved to Brooklyn or LA….because when something like this happens, this community is here for me and for us.” Preach.  This mixtape honors the artists who lost their lives in the Ghost Ship fire. Please listen to it. It’s beautiful.

I love living in the Bay and I love our local music scene. I love that there are just as many talented women making music in the Bay as men (my list reflects this big time.) I love that our artist-base is diverse (even if our SF crowds at shows aren’t always.) I couldn’t tell you how many times I felt proud to be a part of everything, even as a person who merely documents, reports and amplifies what local artists are creating.

With that, these are the sixteen Bay Area releases that moved me the most in 2016. One love.

Full Spotify playlist of all albums at the bottom of this post. 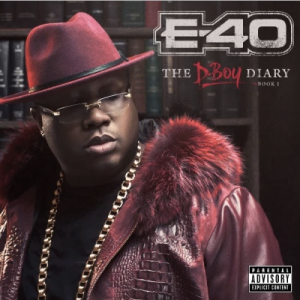 Dude is relentless….not one, but TWO albums?! “I played my position and delivered a bangin’ ass album that slaps,” Earl told me earlier this year. These 42 tracks do exactly that and E-40 keeps giving back to the Bay featuring a slew of local up and comers and well-established artists all over this record.

This is a soul record at it’s core, and the band fronted by vibrant singer Ziek McCarter really hit their stride this year. The SFers have been touring around the world, but still make time to play the Bay on the regular and totally put it down at Outside Lands this year. 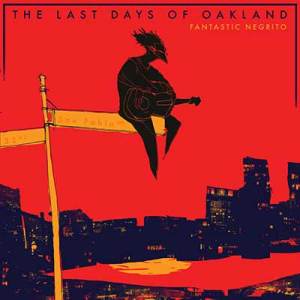 Fantastic Negrito is worth every bit of hype that he’s gotten since winning NPR’s Tiny Desk contest two years ago. Xavier Dphrepaulezz bleeds Oakland and is one of the most unique talents to come out of the Bay in years (and is now Grammy nominated!)

Pay attention to this Berkeley MC if you haven’t yet. Dude is a solid rapper and pulled-in a feature from Nef The Pharoah and a crop of local producers for the fully-formed Father Figure. “Handheld GPS” was one of the year’s best tracks and the Mikos da Gawd & Julia Lewis remix is a fucking revelation.

Formerly known as Sister Crayon, the duo of Terra Lopez and Dani Fernandez laid their roots back in their hometown of Sacramento and delivered an incredible trip-hop album. They opened for Tricky at the Indy earlier this year, which is a helluva co-sign and the Warner signees can be filed under the most slept-on local acts of the year.

Shouts out to Scott Hansen and Tycho for their Best Electronic Album Grammy nomination. This is such a coup for the Bay and a testament to a well-established career for Hansen. Epoch doesn’t stray too far off the formula he built on Dive and Awake, but it doesn’t need to. We come to Tycho to chill-out and Epoch is perfect for that.

IAMSU has crafted the blueprint for making it as a Bay Area rapper. He dropped countless mixtapes, but saved the best for his albums and Kilt 3 is some serious shit. The Trackademics produced “iPhone & a G-Mail” is a serious banger as is “Aura” produced by Mike Zombie. Local producer Cal-A and SU himself claim a couple production credits and the HBK CJ beat on “Up All Night” was one of the most recognizable Bay Area jams of the year.  After launching his own label Su recently announced that he’s moving to Atlanta, but says he’ll be splitting time in the Bay too. Get after it!

8. Young God – …but he who causes darkness

While atmospheric hip-hop/electronic production duo Blue Sky Black Death’s storied career is likely over, Oakland’s Young God (neé Ian Taggert; one half of BSBD) has been quietly releasing solo music on the regular. His Greenova South project with Main Attrakionz’s Squadda B and rapper Pepperboy was cool, but it’s  …but he who causes darkness — “a loose collection of beats and songs…”  — that channeled the magic  he created with BSBD for a decade. It’s an album to zone out to blissfully in the bedroom, on a plane or anywhere in your headphones. Here’s to Young God continuing a low-key prolific run in the Bay.

This is some straight “Where the hell did this come from?!” shit. San Francisco’s Xiomara is an R&B songstress, whose Seven Nineteen — co-produced by SF’s Brycon and Xiomara— was one of the most complete local records of the year. She’s funky, but elegant. She’s emotional, but sharp-toothed. This is can’t miss stuff.

(Note – Shamelessly plugging a show I’m putting on at Rickshaw Stop on January 24th, with Xiomara opening for the wonderful Bells Atlas and a DJ set from Anthony Ferraro  of astronauts, etc. — The man behind my #1 Bay Area album of 2015. Full details here. Come hang!)

The word “phenom” comes to mind when thinking about 20-year old Oakland rapper Elujay. I love this dude cause he can fucking sing. He’s clearly studied up on the R&B/hip-hop crossover classics and I see the same star rising in Elujay that I saw in Caleborate two years ago. “Google Maps” is velvety smooth and flat-out beautiful. Elujay will be the next big Bay Area hip-hop artist. I believe that shit with everything I got. Mark it down.

Two for one  on this entry: First off, Rayana Jay’s excellent concept EP featured impeccable production from Mikos Da Gawd and showed Jay to be a controlled force on the mic. “Sleepy Brown” might be the Bay Area’s song of the year and there’s a bright future ahead here..

Day Wave’s Hard To Read is merely the precursor to Jackson Phillips’ upcoming album, due out in 2017 on Harvest Records. But he followed up on last year’s Headcase EP with 5 new tracks that build on his library of unique daydream-pop that’s soaring worldwide. 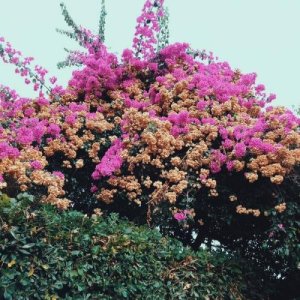 Melina Duterte is the auteur behind Jay Som and with Turn Into, she became a critical darling following its re-issue on Polyvinyl Records. The album harkens back to some of my favorite female-fronted 90’s acts like Mazzy Star, shades of Tonya Donnelly and beyond. Duterte is a clever songwriter and there’s a radiant flow to Turn Into that rallied a lot of people behind this record. More importantly, Jay Som is one of the acts who’s helping define the Bay Area’s transitional sound in the post-garage rock era.

I’m proud of this dude. Straight up. When I first met Caleborate two years ago, he had a distinct vision for his music and his career and he’s stuck to his word to a fucking tee. What’s always defined him for me, is what he continues to do, and that’s surrounding himself with talent that helps the whole succeed. 1993 is easily his most polished work to date and features production from some of the Bay’s best producers in The Julia Lewis, P-Lo, Cal-A and Mikos Da Gawd, Ian McKee and more. “Options” with Pell and Sylvan Lacue is fun as hell and one of my favorite songs of the year. On it, he sings: “Had to call my Pops and let him know his son’s about to blow.” True. Wishin’ Caleborate nothing but the best as his star deservedly continues to rise.

2. Kamaiyah – A Good Night In The Ghetto 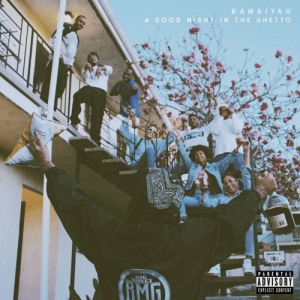 Queen of the Bay. If there was ever any doubt, her second  set at the quasi-disastrous Treasure Island Music Festival in the pouring rain was the most powerful performance by a Bay Area artist in 2016. Her feature on YG’s “Why You Always Hatin” along with Drake raised Kamaiyah’s profile immensely and A Good Night In The Ghetto did a fine job of staying true to The Bay (“How Does It Feel” will be a Bay Area anthem for a loooong ass time) as well as it did showing an artist who’s ready for nationwide recognition. The Trackademics produced “Freaky Freaks” is a G-Funk era throwback, tailor made for Oakland’s post-hyphy era and shows that no matter how far Kamaiyah’s promising career goes, she’ll always be from the Bay.

Number One: Thao & The Get Down Stay Down- A Man Alive

What could easily be my overall album of the year, A Man Alive saw Thao opening herself up to her past and the intense emotions that came with living a life in the shadow of her estranged father. I had the pleasure of reviewing A Man Alive for Paste Mag earlier this year and it gave me an opportunity to dig into what I feel is the best lyrical album of the year. I remember on my final listen before I started writing, I lost my shit three times: On “Guts,” “Millionaire” and then “Hand To God.” These types of powerful music moments don’t come around too often and when they do, you’re probably staring an Album of The Year candidate in the face.

On Thao’s best record to date, she’s joined by producer Merrill Garbus of tune-yards, who helped Thao explore deep self-reflection and make music that spans far beyond her folk-leaning roots. I love this album, because it poked through the Bay, when hip-hop is really dominating the area for me in terms of quality and showed how good rock and roll can still be made here. It showed what an incredibly talented songwriter Thao is, who is still expanding her musical boundaries. But most of all, it showed how a San Francisco artist (Thao) and an Oakland artist (Garbus) can come together to create the best local album of the year, and it’s a microcosm for what we can all accomplish together if we bridge both sides of the Bay. This was the record that drove the point home of how we’re much stronger artistically if we look for ways to merge the creative hub that Oakland has become, with the inspirational beauty, infrastructure and musical history of San Francisco.