I’ve been going back to my birthplace of São Paulo, Brazil every year since I first left Brazil in 1989. And the place where I was born, is unlike anywhere I’ve ever been in the world.

When I come back home to the US following a visit, everyone always asks “How was Brazil?” And there’s only so much I can convey with words. I feel like everyone’s idea of Brazil is forged on images of Rio De Janeiro, yet São Paulo is a much different place. I sought to provide a glimpse into My Brazil and My São Paulo.

With these photographs, I looked to juxtapose the old and new parts of the city of São Paulo with the beach getaways of mid-to-upper class families from the city. The city and the beach are very different places and holiday weeks at the beach are comfortable refuges for city-dwellers like my family. Where daily life is filled with the grandeur of skyscrapers and the urban sprawl & accompanying poverty of the city, weekend homes on the coast of the state of Sao Paulo seem a world away. With these 3 galleries, this is My São Paulo.

These photos were all taken in the Republíca area of São Paulo. It’s the historic central part of the city and just feels like a mish-mash of every aspect of São Paulo in one place. This is where poverty is the most prevalent and homeless kids riddled the streets amongst open shops, buildings, restaurants, the Municipal Theater and a major artery into the city’s core.

I looked to highlight themes of the typical Brazilian family and male/female roles within the household. Hopefully, you can feel the difference between one house and the other and the moments of relaxation versus potential conflict. Technology as a theme is reflected on the outer edges of the frames, reminding us that no matter how far outside of the city the family may be, technology remains ever-present. 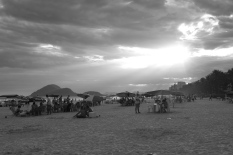 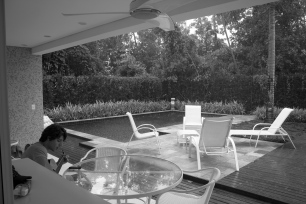 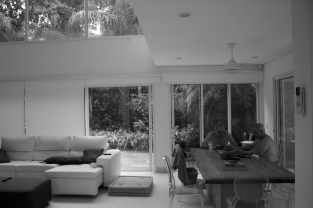 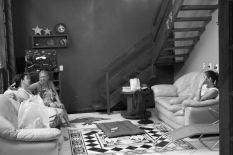 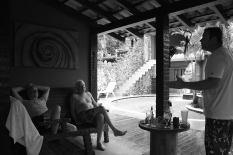 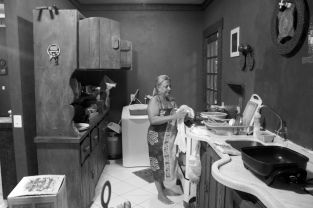 Avenida Paulista is the most important thoroughfare in São Paulo. The wide 6-laned avenue houses major financial institutions, museums, parks, shopping malls and is towered over by giant radio antennae on the top of it’s many tall buildings. New and polished public transportation is peppered throughout it’s nearly 2 mile stretch and it’s been developed into a modern hub to showcase the cosmopolitan city.

Parque Ibirapuera is the city’s largest urban park. It’s the Brazilian equivalent to Central Park, showcasing the country’s rich history, smack in the middle of a metropolis.