(I’ve embedded RapGenius links in the song title hyperlinks. Right click and open in another tab to listen to the songs and read the lyrics as you follow along to fully experience the depth of #8 Bloom)

I’ll admit, I was a skeptic when this album came out. Maybe i just couldn’t accept the idea that something from Beach House could be as good as their previous release, Teen Dream (My #5 Album of 2010). Hence, it took me a while to immerse in Bloom and all that it had to offer…

I went to sleep…and had the same dream I had in 2010. The whole time in the dream, Victoria Legrand and Alex Scally’s songs kept me in my comfortably numb alternate reality. I never wanted to wake up…and i floated…and kept floating, in a momentary bliss. Beach House is truly the soundtrack to my dreams. When I listen, i feel like i’m floating….it still feels like the “warm wood and cold marble” effect of 2010. Bloom is just as spectacular as Teen Dream and this pleases me greatly.

On ‘Other People’, Victoria sings about the fleeting nature of our friendships. We do our best to stay in touch, but in the end, much like our dreams, many of those that we’re close to inevitably come and go and follow their own life paths… Once you start to understand that Bloom is an album about how you live your life, the decisions you make, the people you meet and the different roads we all walk down, it really starts to reach the inner depths of your emotions and your psyche.

On ‘Lazuli’, Legrand compares the uniqueness of her subject to the qualities of a mystical, sapphire-like stone. You can’t pull this off without her beautiful siren song…her voice is what truly sets this band apart. It’s one of a kind…it’s angelic…it’s…well…it’s just about perfect…much like the collection of tracks on Bloom together encompass a near perfect follow-up to a perfect record; Both of which will surely stand the test of time.

I choose to end this post with ‘Irene’…the last song on the album and the first one that grabbed me:

“It’s a strange paradise” Legrand sings…..and i’m back in my dream. And i’m in an incarnation of paradise… But maybe it’s not a dream at all…Maybe the relationships that we forge with each other are the beauty of our reality….Are we living in our dreams? [puts headphones on]

Dylan Baldi is a musical genius. He dropped his 3rd Cloud Nothings studio album by the time he was 20. I’m not talking burned CD’s sold at shows for $5 here. These are good, well-produced fucking records. The 3rd of which is today’s topic, the brilliant Attack on Memory engineered by the legendary Steve Albini (don’t dare call him a producer, he’s an audio engineer).

Attack on Memory is a powerful rock album, with shades of grunge and post-punk themes throughout. This is Baldi’s first album recorded with a full band and the depth of sound is markedly different from previous efforts. The kid absolutely shreds on guitar. His soft gravelly voice always complementing the star, hanging on his neck. I struggle with where to start you on this band, because all 8 tracks on this LP have their own identity. But it seems only appropriate to show you this beautifully crafted homage to the days of Busby Berkeley in the video for ‘Fall In’:

They waste no time hitting you right from the get go. Albini beautifully engineers the layered vocals with Jayson Gerycz’s memorable fills on the drums and then it’s Baldi’s guitar. It’s always about Baldi’s guitar, as it damn well should be. Tell me you don’t wanna hear more after that?

On ‘Stay Useless,’ we get Baldi’s youthful plea and understanding where’s he’s at in his life…and he sees himself moving up in the ranks, but is still just a kid inside and needs to kick back and chill on the regular…Surely we can all relate? Here’s the really cool video that looks like it came right outta Spike & Mike’s Sick and Twisted Animation show:

This might be the best guitar album of the year and no other band has as much promise and forceful delivery as these guys right now. What scares me/hypes me up, is the thought of what Baldi & Co. are capable of after this album? I leave you with ‘Wasted Days’, the spectacularly arranged 9-minute opus that’s just a big fucking show off act in my opinion, cause these guys are unreal:

Is Baldi gonna one day just morph into Albini and turn into this alterna-rock God? It’s certainly looking that way. 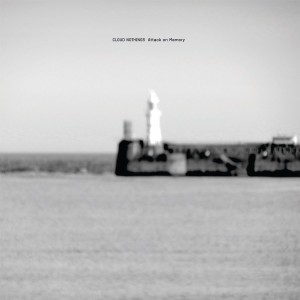 What makes you biased? Are you unbiased in your opinions? Can you pass judgment on a band in a vacuum without knowing what you’ve already read or heard about them? I’ll admit, its incredibly hard for me to shut off and just listen to a band without knowing anything about them going into it and I doubt it’s easy for you too. And yes, i realize the irony of me, biasing your opinion about what albums that i deem to be the best 18 of 2012…But here we are.

Can you separate the fact that a band won the 2012 Mercury Music Prize (The UK’s highest yearly musical honor) from what you think about their album? Can you remain unbiased when some radio DJ tells you he’s about to drop a track from “the next Radiohead“? Fuck that. If you go into ANY band expecting to hear “the next Radiohead,” you’re gonna be pretty fucking disappointed. Every time. This is why i seek to beat Pitchfork to the punch with this list, cause when it comes critical bias, they take the cake.

So let’s throw everything away for once and I challenge you… to listen to Alt-J’s album start to finish and to not want to hear what comes next after the haunting ‘Intro’ into ‘Interlude 1’ and first track ‘Tesselate’. We’ll consider this a little experiment. I don’t want to bias your opinion, besides the meager information i already gave you and the number ’10’ arbitrarily placed in the title of this post. Or is it? You decide and then let me know what you think. Cause i wanna know. Drop me a comment, or shoot me a message, or whatever. Ok…..? Go! 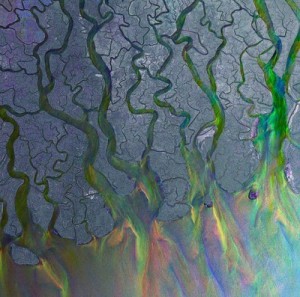 Lastly, if you like what you hear. Pre-sale tickets for their April show at the Fillmore are up today: http://tixx1.artistarena.com/Alt-J/ Thanks for reading.

Yea that’s right, it says EP after The Face. This is the first EP to ever make the list.

With that said, Disclosure is loosely classified as “garage-house”, but it’s much more than that. Disclosure is the first group to successfully (key word) capitalize on the groundwork that SBTRKT (My #1 Album of 2011) laid last year. I spoke about how SBTRKT foreshadowed what was to come in music, that THIS was the future….and here comes Disclosure, bursting onto the UK electronic scene, preaching the same gospel and finding more ears in the UK than we could ever imagine in America.

To understand the phenomenon that is electronica in UK, its important to know the inherent differences between the music scenes across the Atlantic ocean from each other. While we’ve got this niche EDM scene blowing up in massive form, electronica is the standard at most clubs in the UK. The underground bass-heavy electronica and garage/dub house scene is alive and well and is an essential seam in the nightlife fabric. Tracks like Disclosure’s ‘Latch’ frequently reach the top UK singles list (#11).

Damn it if that video doesn’t embody how money this shit is. ‘Latch,’ which doesn’t appear on The Face is by far their biggest track and alas, this is where i’ve fooled you. Because The Face’s prowess as a marvelous 4-track collection, simply stands as the most complete work that one of the UK’s most important electronica acts of 2012 put out among other short-form releases this year. The unforgettable ‘What’s in Your Head?’ (at the top of this post), has the staying power of any good dance track. On ‘Boiling,’ Disclosure  incorporates my soft spot for the “girly voice” with Sinead Hartnett’s lush, soulful serenade. The bass is perfect and the effects take a page right out of SBTRKT’s new bible for garage beats.

Disclosure paid close attention to SBTRKT, not just from a musical standpoint, but they even found their own version of the masks, with the digital face outlines you see in the ‘Latch’ video above, as well as on the album cover below; Adding to their marketability and cryptic nature of the tunes. They’ve toured with SBTRKT and Hot Chip this year and gotta be put on your radar, stat.

Peep the 4-track EP, which i’ve embedded with my new favorite Spotify playlist plug-in below) along with the Tenderly/Flow single plus B-side. The ‘Latch’ video is above and your Disclosure crash course is complete! THIS is the positive trend in UK electronica i wanted to see. I hope you like it and I hope there’s more to share down the line…

Yes, that is Dan Boeckener of Wolf Parade and Handsome Furs fame…..and why, yes…that IS Britt Daniel from Spoon too! Make no mistake about it, Divine Fits is a supergroup, built to rock. Heavy fucking hitter style. The unfortunately titled A Thing Called Divine Fits sounds just like what you’d expect from the next Spoon record, but the infusion of Boeckner ensures that this is a different project. Daniel does everything well and is a confident frontman in every sense of the role. Boeckner adds pizzazz where there’s already a shit ton and what ensues is one of the most fun albums of the year.

“Caaan’t you see me wavin I’m flaggin a ride” belts Daniel on ‘Flaggin A Ride’, a beautifully simple song. This is what Daniel does best..keeps it simple. Never taking as many chances as the flamboyant Boeckner, but that’s what we’ve grown to love about Daniel: He’s effortlessly perfect. Merged with Boeckner, Divine Fits is a wet dream for indie rock fans. Two of indie’s seminal figures joining forces like they’ve done this before.

Their early evening set at the Treasure Island festival had the most beautiful backdrop of the entire weekend. Picture listening to the enchanting ‘For Your Heart’  as the sun sets in the background, giving rise to an amber horizon beyond San Francisco’s skyline. Ok…now stop imagining. It looked like this:

Pretty fucking surreal. And as perfect as just about everything they do.  Whether its the dark infatuation in ‘Shivers’  or the boyish love in ‘Like Ice Cream’  Boeckner and Daniel take us through the Divine comedy (or fits as they like to call it) that love can be, while sitting at the big kids table of indie rock.

‘A Thing called Divine Fits’ has been added to the Best Albums of 2012 Spotify playlist, check it out. #14 out tomorrow…….